The Young Academy of Sweden and National Junior Faculty of Sweden recently published a joint debate article in the Swedish online science magazine Curie in which they stressed the importance of career paths for Swedish institutions to remain internationally competitive to bright young researchers. The authors emphasise that “as a nation of knowledge, Sweden is dependent on having visionary and high-quality research and education. This requires talented and driven researchers and teachers who dare to test new, bold ideas.”

This sentiment in many ways echoes the idea behind Swedish Foundations’ Starting Grant — to support where possible, young researchers at Swedish institutions who in tough competition receive the highest possible score on their ERC-applications — yet still miss out on the coveted limited funding, and risk losing momentum in their work.

Emma Andersson is the recipient of a major Swedish Foundations’ Starting Grant of 14 million SEK from the Ragnar Söderberg Foundation. Her track record spans excellence in research and in academic citizenship  — having chaired the Karolinska Institutet Junior Faculty for three years (and contributing to the establishment of the national equivalent). Dr Andersson has already started up two labs and two core facilities at Karolinska Institutet (KI) in Stockholm. And she is unafraid to test new, bold ideas. 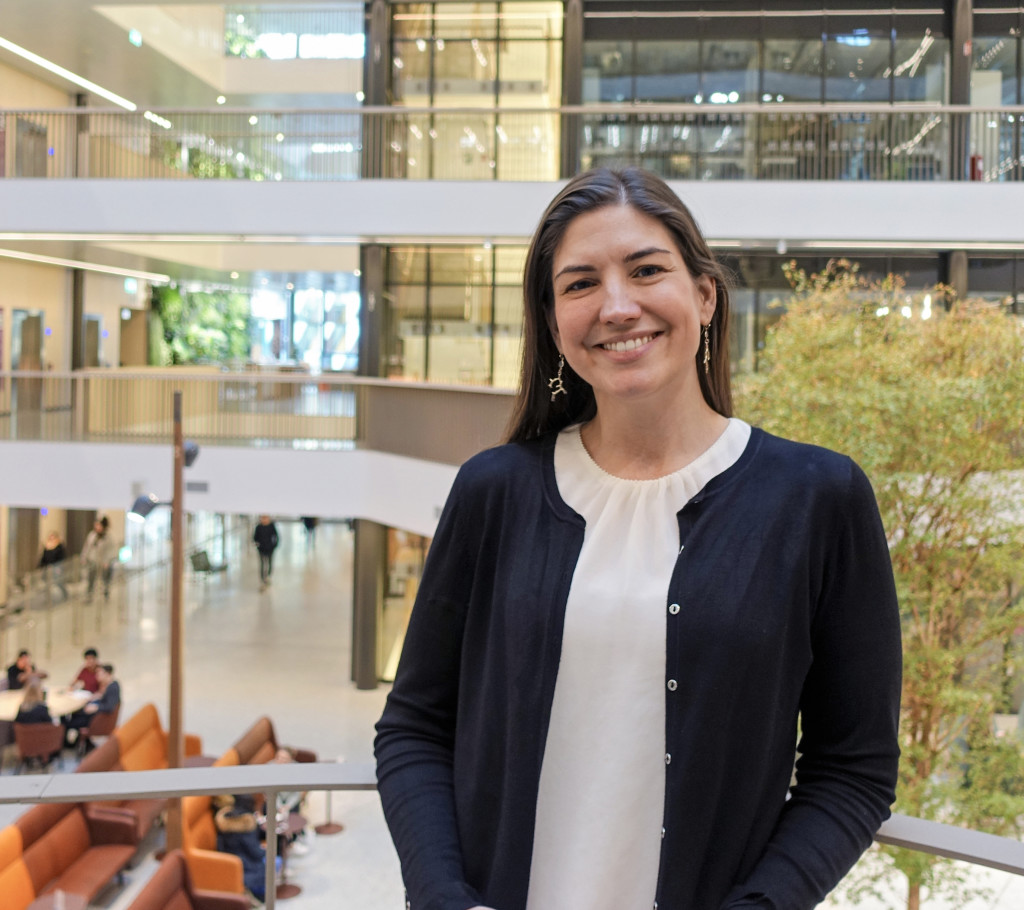 Andersson specialises in the study of Notch signaling, which regulates a wide array of crucial developmental processes such as in the formation and function of the nervous system. Mutations in genes that affect this signaling can result in a variety of congenital disorders in humans such as Alagille syndrome. In Sweden, about 2–3 children are born annually with the incurable illness, which can lead to serious liver and heart problems early in life.   She led a study at KI that in 2017 published its findings in the journal of Gastroenterology — of how the liver disease part of the syndrome is caused by specific malformations of bile ducts. The discovery was made by an innovative new mouse model, which will be central to her work ahead.

Bringing together tools from neuroscience, vascular biology, hepatology and developmental biology — Andersson and her colleagues will now seek to uncover the mechanisms controlling liver bile duct development during embryonic development — in an effort to ultimately allow for the development and testing of new therapies for treating congenital disorders such as Alagille Syndrome.

What will this grant allow you to explore?
This grant is a game-changer for me. Because it allows us to take a risk that we haven’t really taken before. And our project idea … it is so groundbreaking I don’t think anyone has suggested what I’ve suggested … If I’m right it will change how we view developmental biology, and how organ systems interact during development. And to actually pursue that when it is so high-risk and so high-gain is only possible with a long-term substantial grant. Which is why I proposed it to the ERC. But the feedback I got from ERC was that “this is so groundbreaking that you should do the project and publish it [laughs], and then we’ll fund you”.   But this will give us the opportunity to actually do these experiments and apply again and hopefully get ERC funding. So I’m very grateful for funding from the Swedish Foundations’ Starting Grant, but I really plan to use that as a basis to hopefully get an ERC [grant] — that’s the intention.

How would you define high-risk?
It is high-risk in the sense that our hypothesis is so new and anti-dogmatic, that if we are right, then it will change how we approach disease, it will change what we understand about developmental biology, it will open up new approaches for how we will go about treating some pediatric disorders. But if we are wrong, the types of experiments that we are doing will nevertheless tell us what is really going on. And for now it is not well understood anyway so no matter what, will obtain important results. We will understand everything better. And that’s what I mean by high-risk; it’s is not everything versus nothing, it’s everything versus ‘we’ll still know more’.

How important is creativity to your process as a research group?
Our group has wanted to answer questions for which there are no technologies, and so rather than give up and focus on a different question we’ve decided that ok, we’ll develop those technologies ourselves.…   We had a project in which we wanted to understand the 3D-architecture of the liver. And that’s really difficult. Because the liver is highly auto-fluorescent, and it is the largest internal organ. And rather than say ok, there are no such technologies, I pitched a solution to my PhD student Simona Hankova, and she just embraced it and said, ‘ok I’m gonna try it’, and she worked and worked and worked and she made it happen. And that’s something we’ve deposited now in bioRxiv.  I like that they’re a little bit fearless, the people in my group. When something doesn’t exists, they go ok — I shall make that tool!   So for that reason I think creativity is really important, that’s how you push the boundaries, but you have to be a little bit fearless, not just creative, also fearless, you have to be willing to fail and fail and fail, until at last hopefully you succeed.

What advice would you give yourself if you were just starting out today?
I would say don’t be in such a hurry. Take your time. Recruit the right people. Buy the right equipment (laughs). I think when you get your first grants, you get very stressed, that you need to recruit immediately, and start to produce immediately and you think your survival depends on it, but it’s much more important to recruit the right person, and to have the right setup. And that’s worth waiting a few weeks or months to have.

What drives you?
Passion and curiosity. Curiosity first. I’m so curious. I really do love my work. And I love my lab. Every single person in my group is the right person in the right place. Right now, I feel so happy we’re having so much fun, and it’s such a relief that we have five more years to do that in.

Edited for clarity. A longer version will be published in Ragnar Söderbergs Foundation’s 2019 Annual Review and online.

The Swedish Foundations’ Starting Grant is an initiative launched in cooperation by The Erling-Persson Family Foundation, Kempe Foundations, Olle Engkvist Foundation, Ragnar Söderberg Foundation and Riksbankens Jubileumsfond. Eligible recipients are Sweden-based early-career scientists and researchers who scored among the highest in Europe in the latest ERC Starting Grant call but were not granted funding due to budget restraints.